The year 2020 will be marked by several strategic and risky elections in many countries around the world. At least 12 presidential elections are planned. While some are expected to run smoothly, others raise concern, particularly in Africa.

Several factors may justify fears about upcoming polls. These would include protests over proposed constitutional and electoral reforms, the temptation of a third term for some incumbent presidents or structural security challenges with recurring violence in some areas.

Amid regional and internal security concerns in countries like Burkina Faso, Mali, Somalia, Burundi, CAR, Cameroon or Chad, the prospect of political violence triggered by elections would have dramatic consequences for States’ sovereignty and integrity, favoring the spread and resurgence of rebel or terrorist groups.

Political or community tensions such as in Guinea, in Ivory Coast or in Ethiopia, as well as anti-government protests in Bolivia or Iran, are likely to resurface in the run-up to upcoming polls.  In that respect, 2020 could perpetuate 2019’s legacy in terms of popular and social uprising leading to strong anti-government protests at a national scale to denounce political inertia.

Some other elections are not at risk per se - as the electoral process should not trigger political violence - but are as essential to monitor as their outcome will have tangible consequences on the geopolitical landscape in the long-run. In Israel, members of the elected national assembly have been unable to form a coalition government for nearly a year. The election in March will be the third attempt to form a coalition. The future of the United States’ foreign policies, much dictated by unilateralism under the previous mandate, and its impact at a global level, will be determined by the next occupant of the White House due to be elected next November. 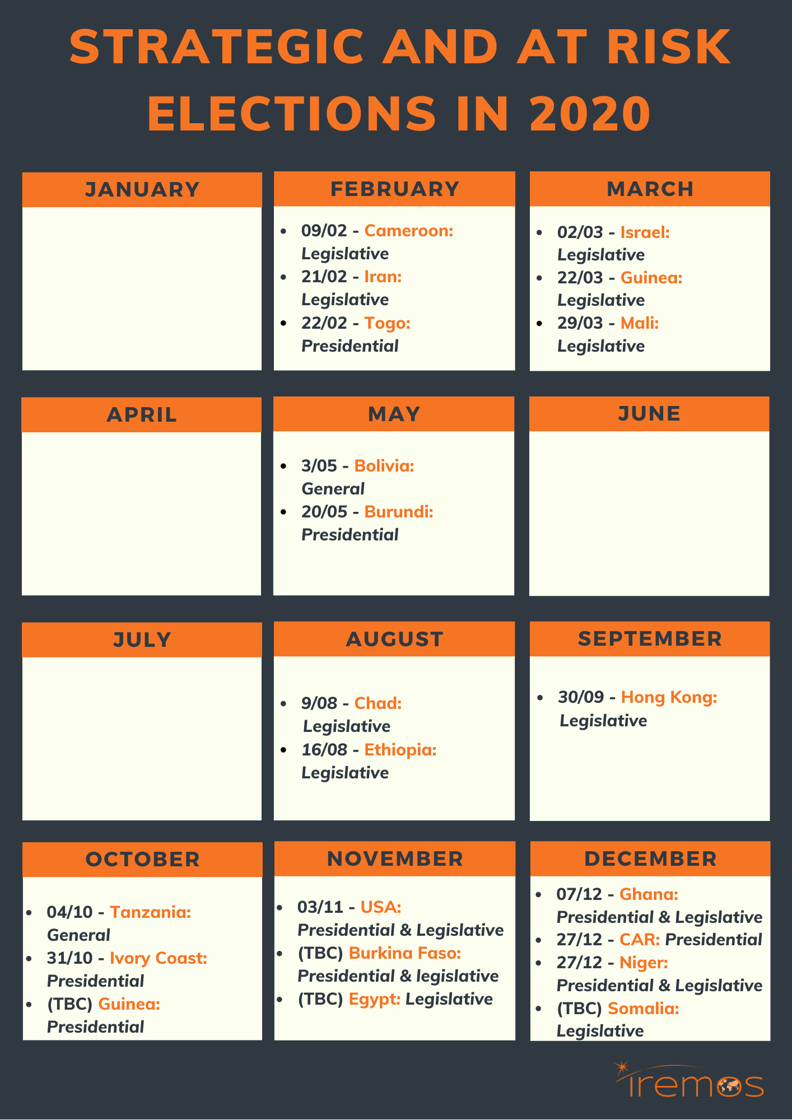