Togo : 22 February presidential election: towards a fourth mandate for Gnassingbé? 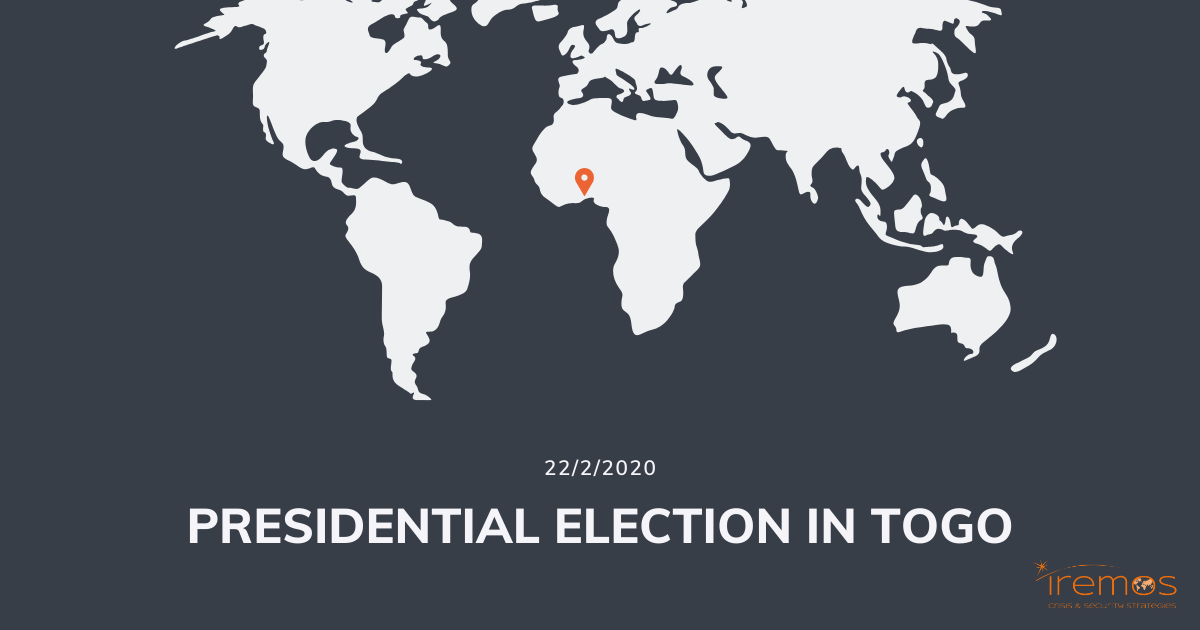 The Togolese presidential election will take place on 22 February 2020 after nearly three weeks of an election campaign that began on 6 February. Faure Gnassingbé, who has been in power since 2005, will be seeking a fourth term in office following a constitutional reform passed in 2019. While facing a dispersed opposition, the current president and head of the Union for the Republic (UNIR) party is clearly at the top of the polls.

This election does not pose a significant risk for now, and there is no clear indication that it could give rise to an escalation of violence in the country. However, political unrest cannot be ruled out in the run-up to the election, as well as during the post-election period. Several factors raise concern about a resurgence of unrest in the country, which has been accustomed to political crisis for fifteen years.

President F. Gnassingbé succeeded his father in 2005, after a serious political crisis and a repression that left several hundred people dead. Since then, the country has been shaken by several periods of political turmoil. In 2010 and 2015, elections have been accompanied by protests leading in some event to violence from both supporters of Gnassingbé and from partisans of the opposition.

In 2017 and 2018, a strong anti-government protest followed the President's announcement of a controversial constitutional reform project, allowing him, among other things, to run again for the 2020 presidential election. These demonstrations, which gathered tens of thousands of people demanding the resignation of the President, were sometimes violently repressed: several demonstrators died and dozens others were injured. Despite the unrest, the reform was passed by the Parliament in June 2019.

In August 2019, measures restricting the right to demonstrate where adopted in reaction to the 2017-2018 crisis. Violent clashes between the police and demonstrators could emerge during illegal gatherings, either before or after the elections.

The risk of inter-party clashes cannot be ruled out either. On 10 February, a meeting of an opposition party, the National Alliance for Change (ANC), was disrupted by UNIR activists. Three meetings of the same party were banned by the prefect and the mayor in the northern communes of Cinkassé, Tandjouaré and Gando. These incidents were denounced by the Togolese opponent, Jean-Pierre Fabre, who believes that these disturbances were deliberate and orchestrated by the government in power in order to disturb the opposition's electoral campaign.

The rise in tensions heralds the possibility of clashes between rival supporters, as public opinion is strongly divided.

It should be noted that in Lomé, demonstrations generally take place in the south of the city, around « East Lake », in the first and second arrondissements.