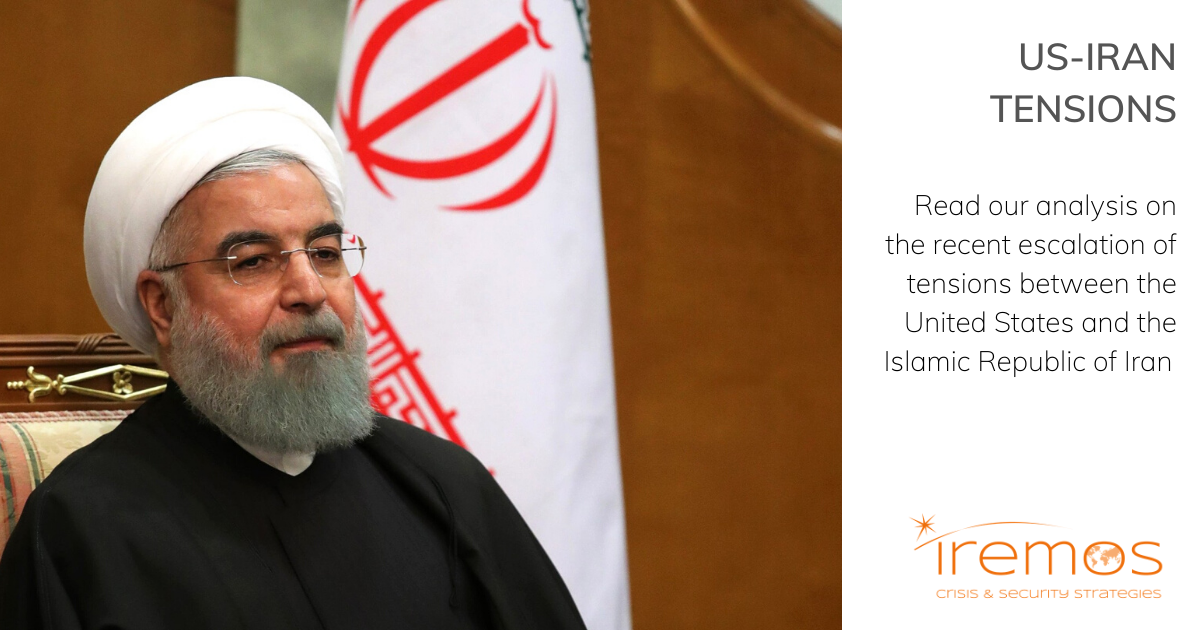 The start of 2020 has been marked by mounting tensions between the United States and Iran.

Hostilities began on 27 December with the killing of an American contractor and injuries to American and Iraqi soldiers on a military base in Kirkuk (Iraq) by missiles allegedly fired by Kataib Hezbollah, a prominent Iranian-backed Iraqi militia with close ties with the Quds Force, the Iranian Revolutionary Guard’s branch responsible for operations abroad. Two days later, despite disapproval from the Iraqi government, the White House ordered retaliatory airstrikes on five Kataib Hezbollah bases in Iraq and Syria - killing at least 25 militiamen. A separate US air raid near Baghdad airport on 3 January killed General Qasem Soleimani, head of Quds Force, along with Abu Mahdi al-Muhandis, deputy commander of Iraq’s Popular Mobilization Forces (PMF), and at least 6 other people. Tehran’s response was a counter strike on 7 January on two military bases hosting both American and Iraqi soldiers in Erbil and al-Anbar provinces in Iraq, which made no casualty  (please refer to the full timeline of events at the bottom of the article).

This series of events have sparked a vivid anti-American resentment in both Iran and Iraq and brought thousands of Iranians and Iraqis to the streets to demand the removal of American troops from the region. While both countries have shown signs of willingness to move away from further military action, the situation remains volatile and indirect confrontations between both countries is likely to prevail, especially as United State’s president Donald Trump announced additional economic sanctions against Iran. Uncertainties of the diplomatic front, combined with social unrest and associated travel disruption is impacting the security environment and will continue to do so at least in the next couple days. 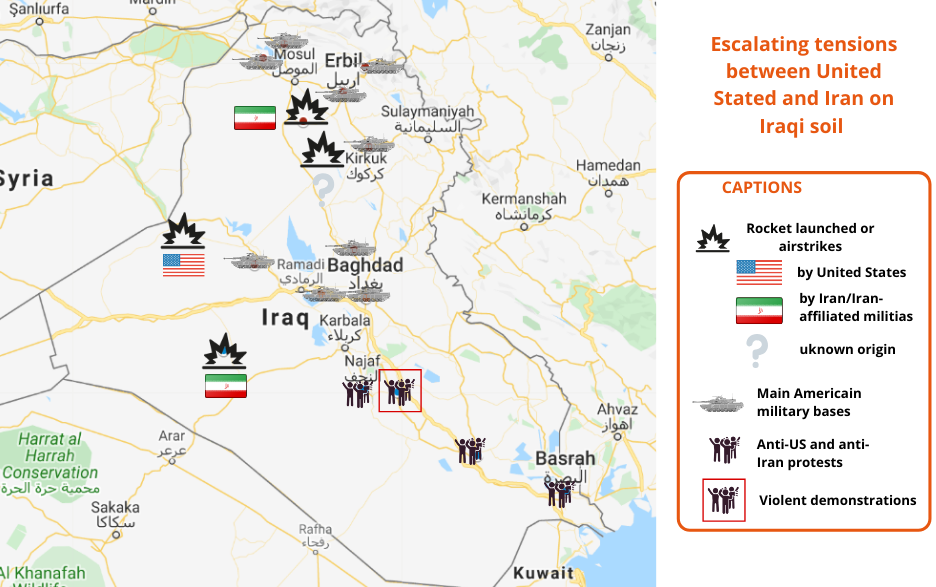 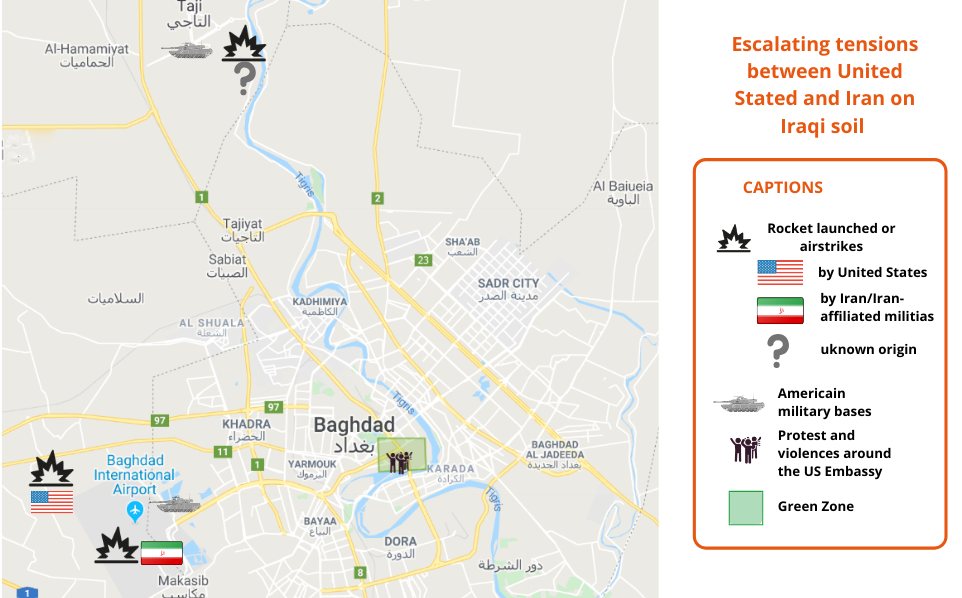 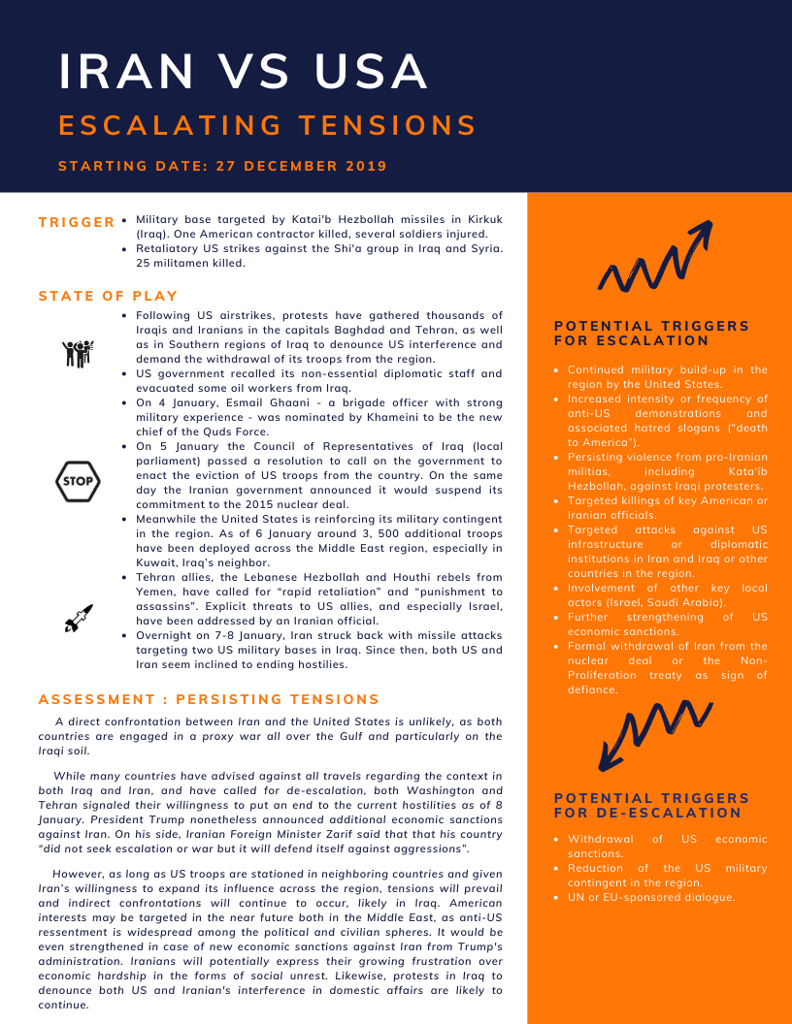 The travel risk rating for the Kurdistan autonomous region and the South-eastern governorates of Basrah, Dhi Qar, Maysan and Muthanna was raised from “advise against all but essential travel” (second highest rating out of four) to “advise against all travel” (highest rating out of four) to reflect the credible nationwide threat of missile attacks on American strategic assets by pro-Iran militias, risks associated with violent demonstrations and incidental exposure of travellers.

All travel to Iraq is therefore strongly advised against at this time.

The country risk rating was changed from “exercise increased caution” (second lowest out of four) to “advise against all but essential travel” (second highest out of four) to reflect the elevated risk of exposure to social unrest and potential spill-over of violence. Iremos stands by its travel risk rating for border areas with Iraq, Pakistan and Afghanistan, as well as for the Sistan-Baluchistan province, where all travel is advised against due to increased risk of terrorism, organised crime and kidnapping.

Though there is little chance of current tensions escalating into a full-scale conflict between the United States and Iran all travel to Iran should be deferred at least in the next couple days until tensions ease.

If travel to Iran is business critical, travellers should seek legal counsel prior to departure to ensure compliance with ongoing sanctions. Certain traveller profiles are particularly at risk, including American citizens, Iranian dual nationals and academics. Those should seek a profile-specific security briefing before travel. During the trip a heightened vigilance should be observed and additional security precautions implemented such as the ones outlined below. 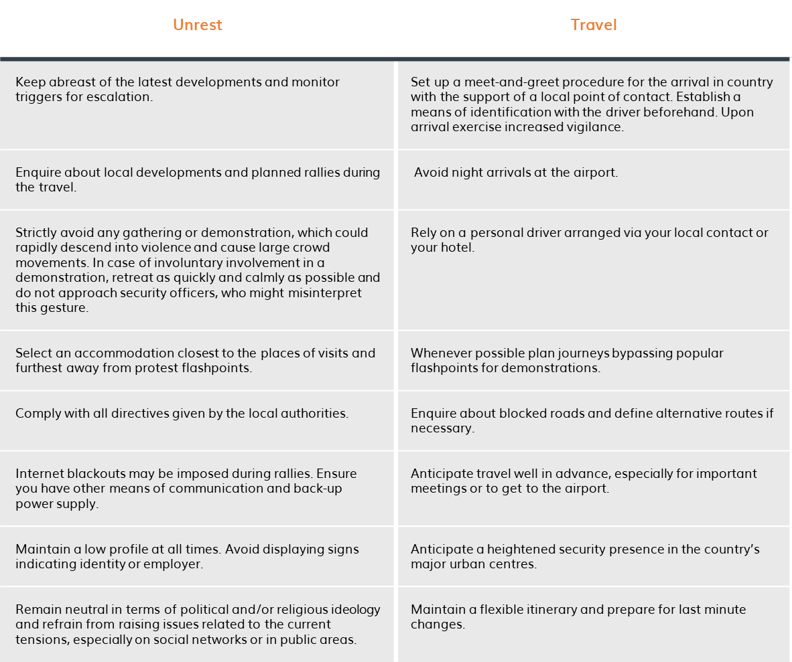