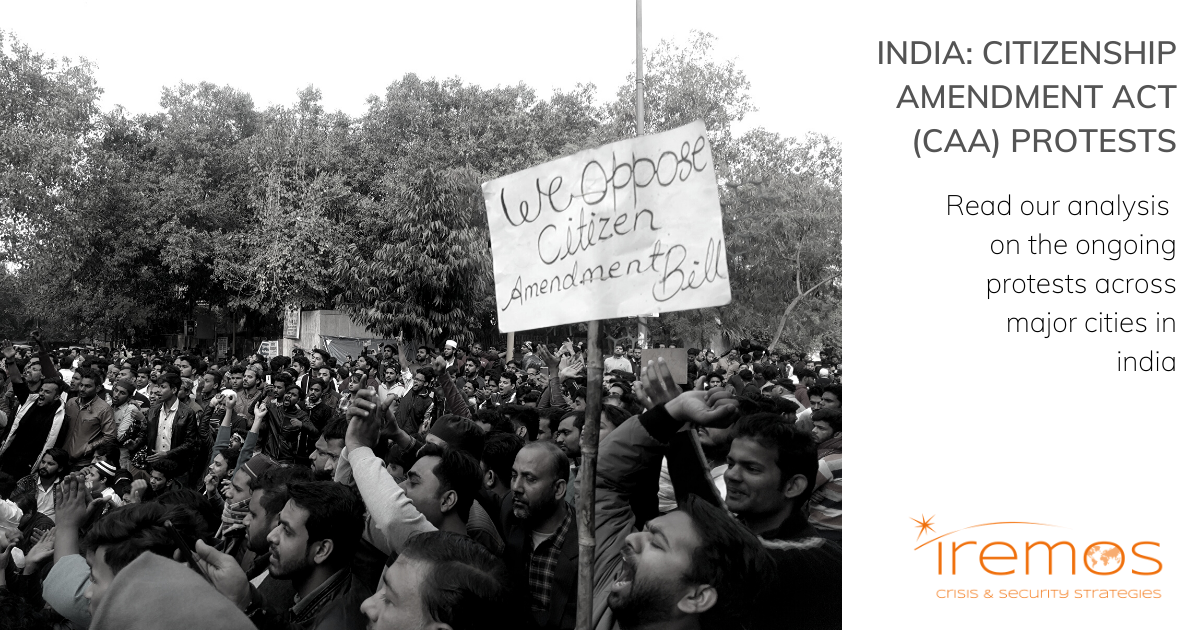 On 9 December 2019, the Lok Sabha (Parliament’s lower chamber) voted the Citizenship Amendment Act legislation, which was formally approved and passed by the Rajya Sabha (upper chamber) on 11 December. The CAA aims at facilitating the granting of Indian nationality to refugees who fled religious persecutions from Afghanistan, Pakistan or Bangladesh, who are essentially non-Muslims (Hindu, Sikh, Buddhist or other religious minorities).

This new law, which excludes Muslims, is perceived by this community as a means for the Hindu nationalist government led by the newly re-elected Prime Minister Narendra Modi to marginalize Muslims. This Act is also deemed to undermine the secular Constitution, which prohibits religious discrimination against citizens, as pointed out by the opposition parties and human rights activists. Detractors of the CAA also denounce the National Register of Citizens (NRC) law, which aims at identifying illegal immigrants by requiring individuals to prove their citizenship and Indian affiliation, already implemented in Assam State and which resulted in 1.9 million people effectively made stateless.

The protest movement that has been ongoing since the enacting of the law has witnessed clashes with security forces and the death of over 20 people. It is likely to continue on a regular basis in the weeks to come, at least until the 22 January Court hearing on the CAA. 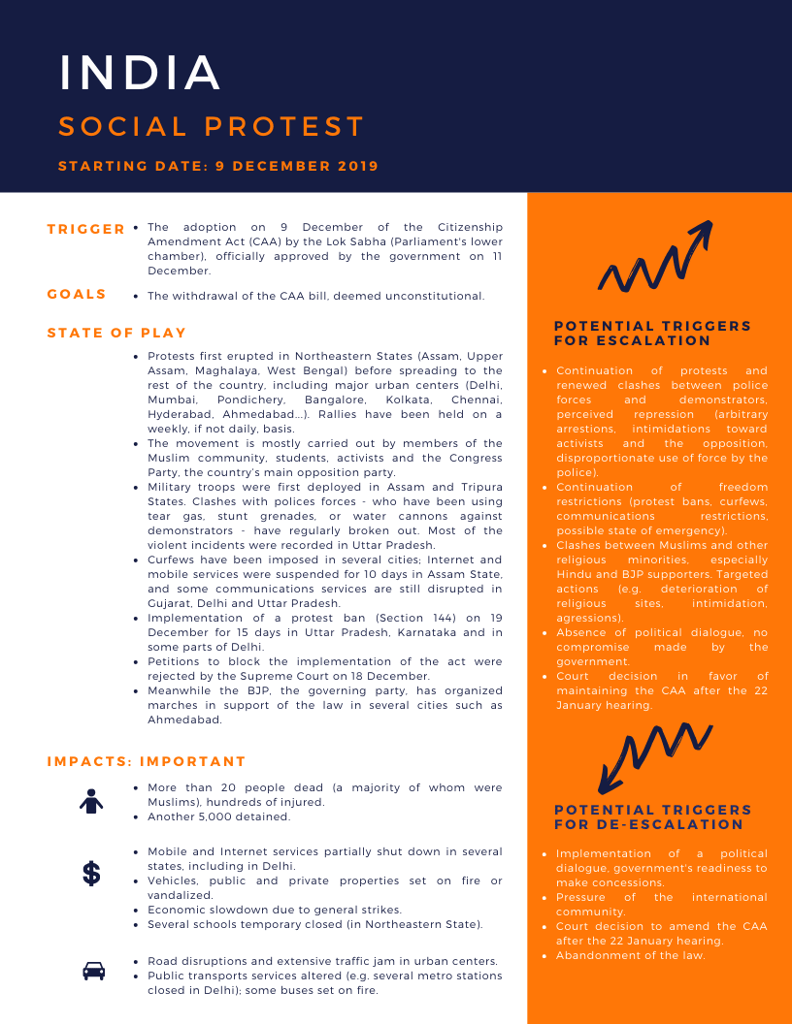 Though the current protests do not prevent from travelling to India, a heightened vigilance is required for personnel undertaking travel to the country’s main cities, and additional security precautions should be implemented which are detailed below. 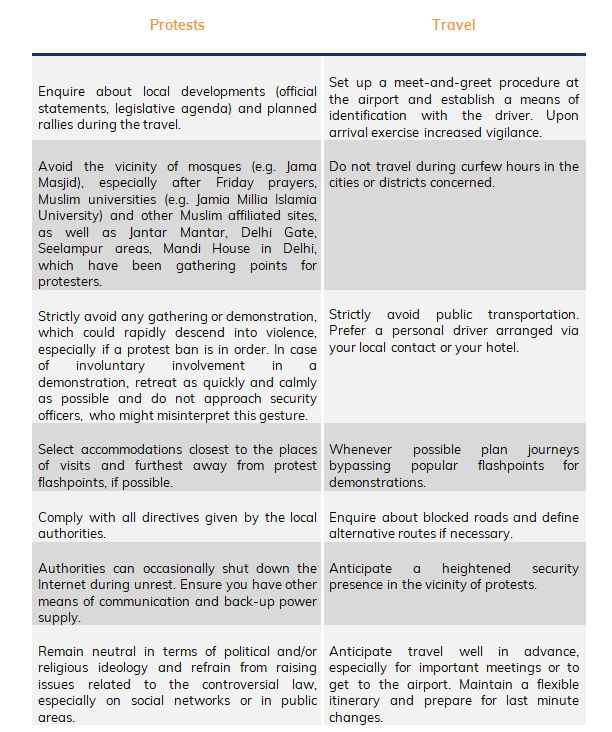